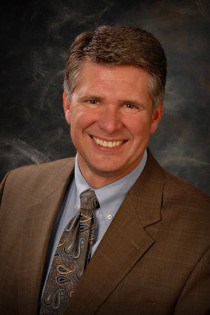 Si was raised in northern Wyoming and is most at home in or near the mountains. Si left Wyoming to get his bachelor’s degree in Organizational Communication from the University of Utah. During this time, he served a mission in Texas for the Church of Jesus Christ of Latter-day Saints, and met his wife, Kathryn, of 30 years. After completing his undergraduate studies, Si and Kathryn moved to Arizona where they had their first of four children and where Si completed his graduate degree in Health Service Administration.  As part of that degree, Si spent a year as a resident working with the Arizona Affordable Healthcare Foundation developing a healthcare reform plan for the state.

Si started his healthcare career with HealthTrust, a nationwide hospital company which merged with HCA, the owner of Mountainstar Hospitals here in Utah.  After a brief time in Nashville, Tennessee, Si and his family moved to Utah where Si worked at both HCA’s Regional Office and at Ogden Regional Medical Center. Si then joined LifePoint to become the CEO of Ashley Regional Medical Center in Vernal, Utah.  After 11 years in Vernal, he joined Intermountain Healthcare as the Administrator of Park City Hospital in 2012, and in 2018 was named the administrator at Heber Valley Hospital.

Two of Si’s four children are married, and he now enjoys playing with his 3 grandchildren. Si enjoys athletics, having played football and basketball through high school.  In Vernal, he moved to coaching both sports for various age groups from 4th through 8th grade. He and his family also enjoy music (Kathryn teaches piano lessons), theater, movies, and outdoor recreation. The Wasatch Back provides a wonderful playground that they enjoy, including skiing, hiking, camping, and fishing.

Si has always enjoyed serving in the community. Beyond coaching, he has served on multiple boards and committees and as a county and state delegate. Si is excited to serve on the Wasatch Community Foundation Board because of our pillars which impact fundamental wellness for individuals and the community. Through partnering with other not-for-profits and community leaders, the WCF seeks to unite efforts to improve the well-being for our entire community, an endeavor that Si sees as core to his being.